Of all the performers Usha Kanagasabai has worked with Kalpana the longest.  She started her Bharatanatyam education in the Netherlands at a young age and then continued her studies in India.  In addition to dance, she also studied the rhythmic aspects of Indian dance and music.  Besides dancing, Usha also has a lot of experience in teaching. Usha has appeared in many productions of Kalpana before Kalpanarts was created and was also in Simeon (2017).  She was also assistant choreography for the production Nadhi (2018). 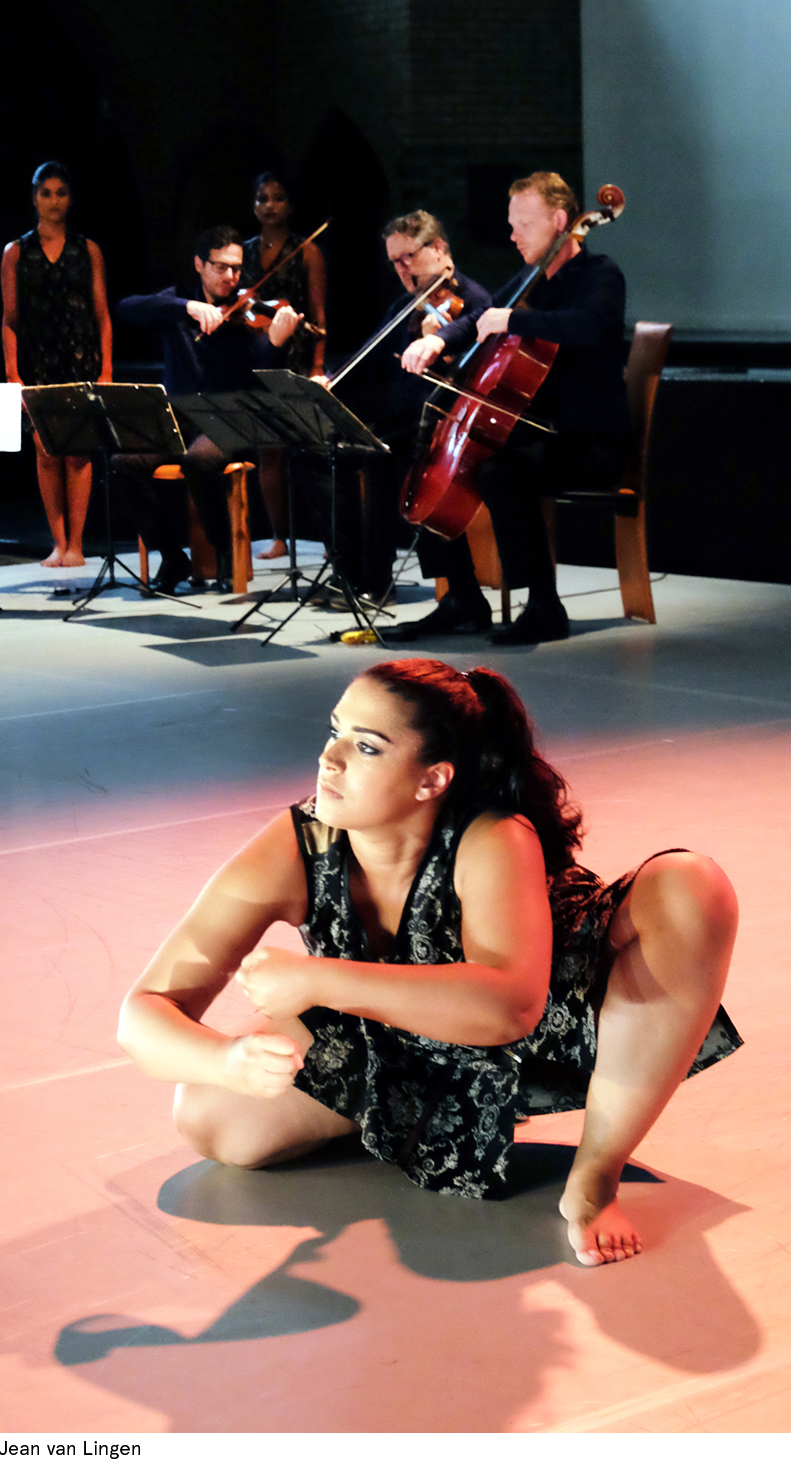