Kalpanarts is the dance company of duo Kalpana Raghuraman (artistic director & choreographer) and Gysèle ter Berg (business leader & artistic associate). In 2015 they founded Kalpanarts together. There was no doubt about it: together they would undo the dusty stigma surrounding Indian dance, and expose the mystical and multifaceted of countless Indian sources in a way that suits today. Quirky, though. And with that, Kalpanarts stands out.

Over the past five years they have realized a theatre company that you can no longer ignore. From 2021, Kalpanarts will be supported for several years by the Performing Arts Fund NL and the Municipality of The Hague.

Kalpanarts sees Indian sources as an entry point to transform personal experiences into a contemporary perspective with a universal character. As a result, her performances appeal to a diverse audience. By using sources of inspiration other than Western ones and performers from different cultures, she aims to open up the codes of contemporary dance. Her themes are socially relevant: they are about human experiences and say something about today's society. By combining Indian classical dance forms with urban and contemporary dance, Kalpanarts creates a genre-transcending dance language. With knowledge of the dance codes and the clichés of Indian dance, she breaks through the exoticism that is often associated with non-Western dance forms. The connection between different dance forms and the connection with live music leads to work that is unique. Moreover, Kalpanarts feels a responsibility to contribute to the professionalization of Indian dance.

‘We find each other in our Asian roots. Moving between two cultures is not strange to us. Both born and raised in the Netherlands, with roots from India (Kalpana) and Indonesia (Gysèle). Our mothers both wear traditional clothing, sari (India) and sarong (Indonesia). Our view of the world is strongly influenced by our background. So we both have a second country, a second home. It connects us. This laid the cement for Kalpanarts.’
— Kalpana Raghuraman & Gysèle ter Berg

‘With its own signature, Kalpanarts occupies a unique and relevant position within the dance field in The Hague, but also in the Netherlands. The Committee sees a great deal of craftsmanship and expressiveness in the distinctive activities. She values ​​the connecting role that Kalpanarts plays in the dance landscape, bringing together cultures, current events and tradition. The Committee applauds that Kalpanarts in her work breaks the exoticism that is often associated with non-Western dance forms and also stands up for bodies other than the Western standard.’
— The Municipality of The Hague Committee on Plans 2021-2024. 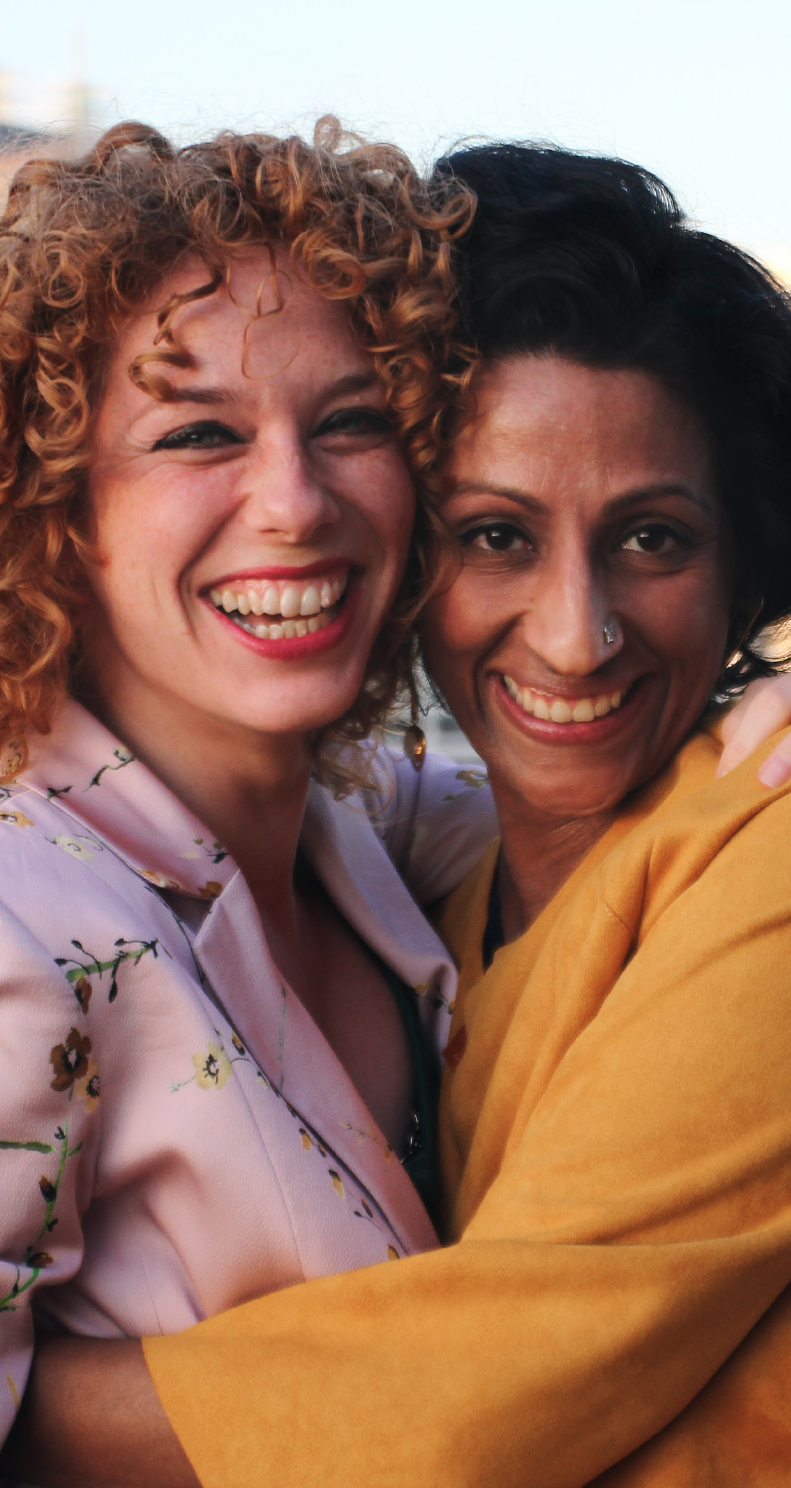