Farid Sheek was born in Isfahan, Iran in 1994. As the son of a famous Iranian musician, Sheek grew up surrounded by the sounds of traditional Eastern music. At a young age, he learned to play Iran’s ancient percussion instrument the daf.

Farid studied at the Isfahan conservatory, where he specialized in both the daf and the piano. When Sheek was seventeen years old, he emigrated to the Netherlands. There he studied at the Albeda College. Since then, his music career has flourished. He worked with big names such as the Residentie Orkest and Rana Gorgani. Farid worked with Kalpanarts for the project Wanderlust (2019) and will be seen in In Two Minds (2021). 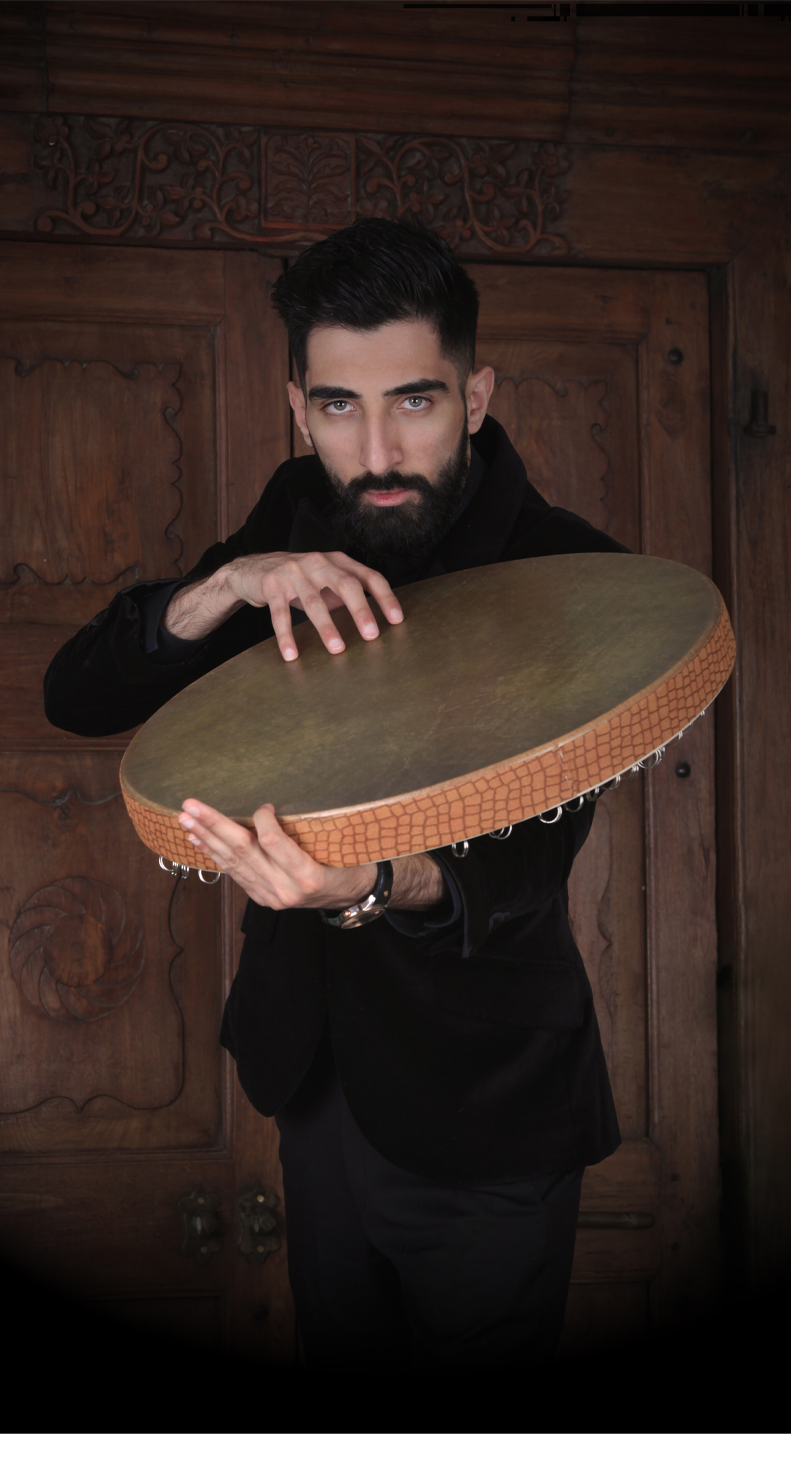